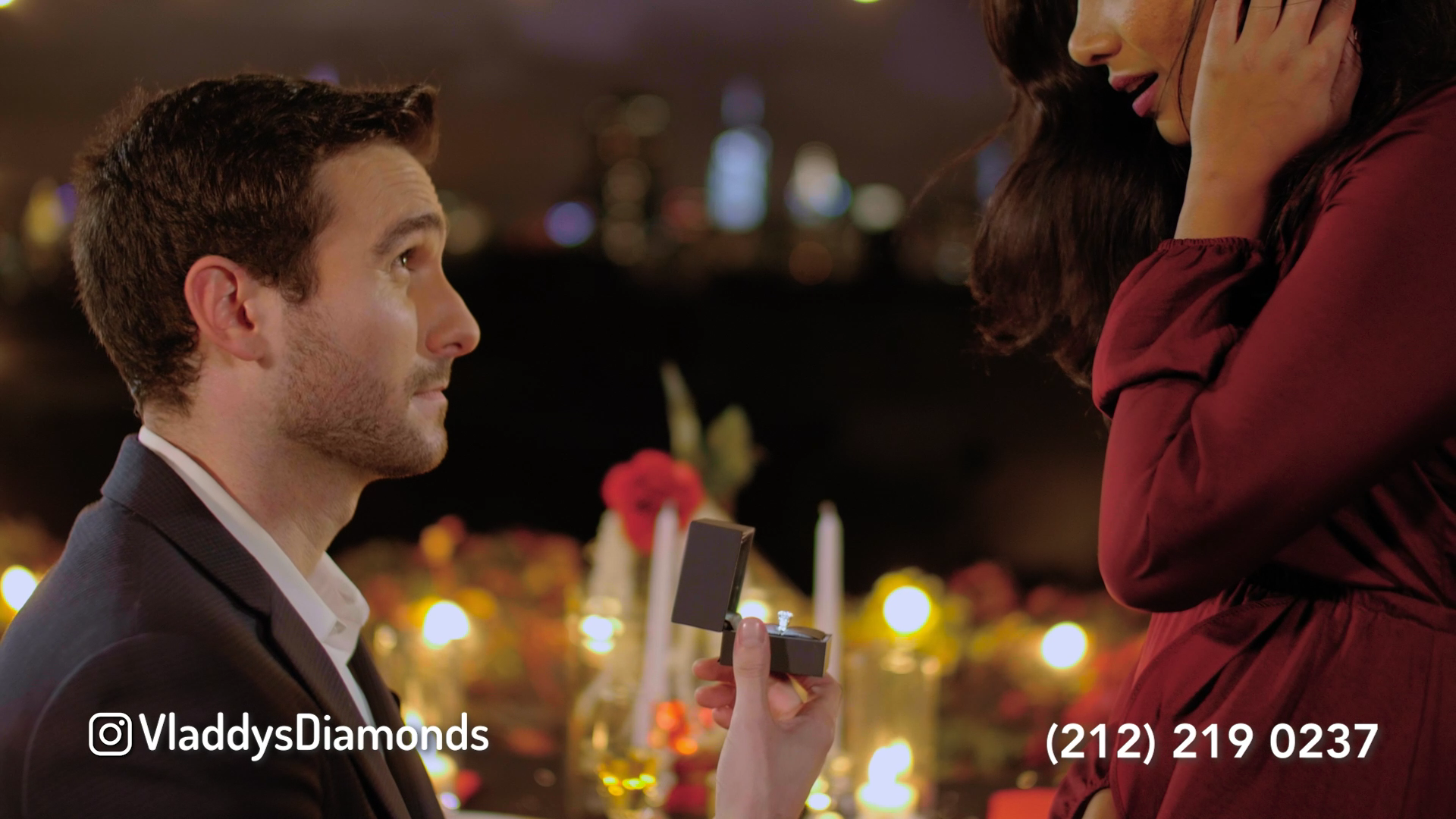 Recently we completed a 2 spot project for Vladdy’s Diamonds. Both 30 second commercials were shot in one full day shoot. The shoot took place in multiple locations around NYC and took pristine planning to pull off so much filming in a limited time. It wasn’t a cake walk, but the result was two great commercials that showcased the jewelry and the diversity of the products they have to offer. Both spots aired on multiple networks. It was really exciting for our team to see our projects displayed across multiple big name channels.

The first commercial was shot in the first half of the day. Our crew and actor met at Vladdy’s store on Canal Street and we filmed an upbeat, style spot that showcased the store and the variety of products. Our actor showed off the jewelry in a sharp blue suit and we shot the pieces from multiple creative angles to really capture it in full. Along with these shots we used a macro lens to capture the detail of the pieces. This spot pushed a “cool guy” persona that encapsulated the reputation of the store. The successful impact of the spot was in large part due to the music choice and editing techniques used by our edit team.

The second half of the day we shot a romantic rooftop proposal spot. We location scouted for the perfect spot to get the NYC skyline lit in the background. Our set decorator created a beautiful scene with fairy lights, flowers and a gorgeous table setup. This half of the shoot went well into the night, wrapping around 10:00pm. Despite the chilly fall air the crew and cast were in good spirits as creative energy circulated around the rooftop. We worked with many different angles and emotions to get this interaction just right. The result was a 30s spot that captured the importance of the perfect ring and the beauty of Vladdy’s pieces. This spot had a much more delicate and graceful style to the first spot and captured another side of Vladdy’s business.

Both of these spots worked together to showcase Vladdy’s Diamonds and the variety of products they have to offer. They aired on networks such as BET, MTV and VH1. Both commercials were a different style of video than we often produce and it was a great opportunity for our team to put on their creative hats to concept a new type of commercial and broaden their skill set.

If you would like to watch the spots, check out our video portfolio here, http://veekast.com/video-production-portfolio/ to see them along with our other work.